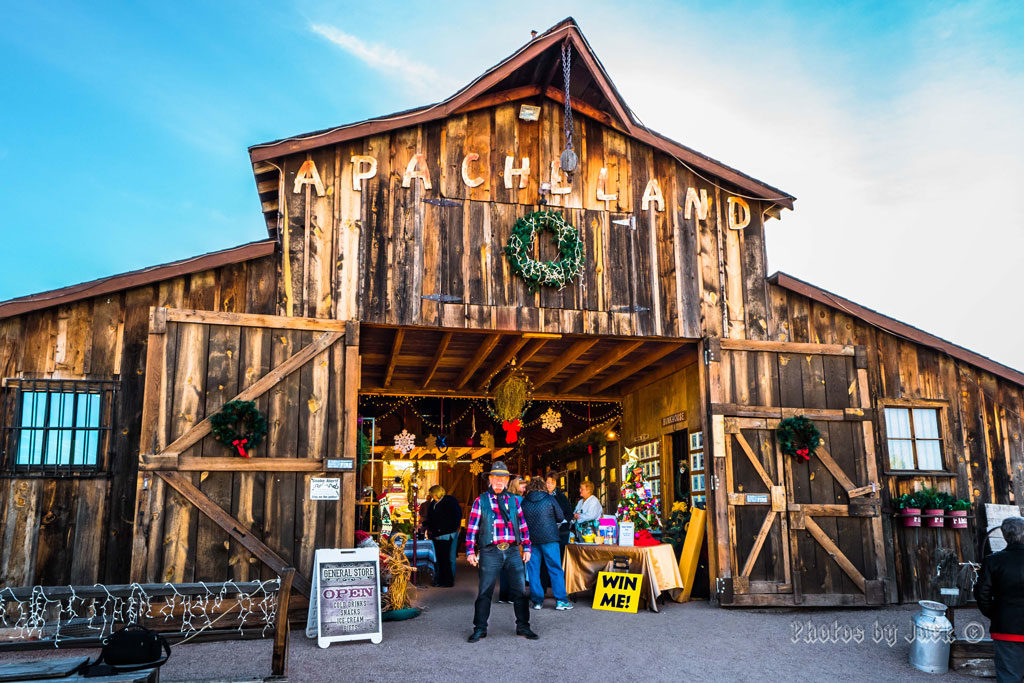 The Barn is a major building that was spared in both fires at the Apacheland Movie Ranch. The barn figured prominently in dozens of western films and TV western episodes shot at this location. It too, was donated to the Superstition Mountain Historical Society by the owners of Apacheland, Sue and Ed Birmingham.

It was moved in literally hundreds of pieces to the museum’s grounds and is now has been reconstructed almost entirely of its original materials. The sheathing of the roof has been replaced and some of the shingles. It’s loft serves as a storage area while the ground level has displays of a number of vehicles representing the old west: wagons, buggies, stage coaches, etc. It is an important visitors stop as they traverse the trails which crisscross the grounds. Be sure to visit the new Western Movie exhibit and Charlies General Store inside the barn!

Your ticket for the: Apacheland Barn