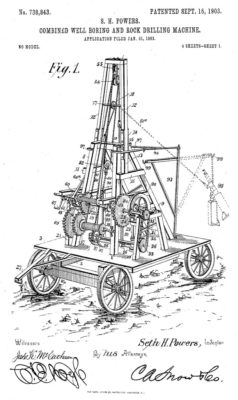 Lisle Manufacturing History:
On a blustery cold day in January, 1903, a determined Seth Powers of Stanberry, Missouri hitched his recently patented well boring rig to a team of horses and introduced it to the public in Clarinda, Iowa.  Today, our own Teton Ken hitches his horse, Gladiator, and introduces it to you!

A group of prominent businessmen traveled to Stanberry to investigate the proposition and came back with a favorable report.

The committee met with the Clarinda Improvement Association which adopted a resolution endorsing the proposition. Thus the Powers Manufacturing Corporation became a reality on May 26, 1903. The corporate name would soon be changed to Lisle Manufacturing, and production would branch out to include a variety of different products. Through the years Lisle Manufacturing has fabricated cream separators, shoe nailers, Model-T parts, lawn mowers and washing machines.

Today, after 110 years, the Lisle Corporation is more successful than ever, producing thousands of different auto repair tools and related equipment. 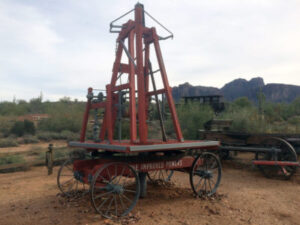 America’s Thirst for Water:
By 1903, when Seth Powers began his manufacturing operations, the use of steam and gasoline engine technology for boring deep wells was fast becoming widespread throughout the country. There was still, however, the need for livestock powered machines.

During the turn of the 20th century, most of North America still consisted of rural farm and ranch land. These remote locations made it extremely difficult to transport large steam equipment, while many areas also lacked the availability of fuel for gasoline powered machinery. Yet the people living in these far reaching places needed a reliable source of clean uncontaminated water. The answer: Continue to use beasts of burden to accomplish the task of deep well drilling. 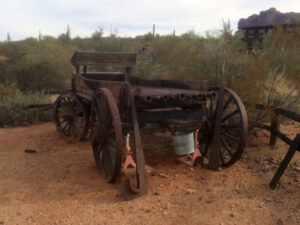 By World War I, Lisle Manufacturing offered a complete line of Improved Powers Well Boring and Drilling Machines that included the livestock driven model, which could bore to a depth of 150-300 feet, on up to a gasoline powered model that could drill a well over 1000 feet deep!

The original 1903 version located on the grounds of the museum, known as “The Improved Powers Well Boring Machine – Outfit Number One,” could bore up to 150 feet and came standard with 7”, 12” and 18” boring augers.

It was promoted as a ONE-MAN MACHINE that could bore 60’ per day and earn the operator $21 per day (in 1918 figures). In reality, every accessory on these rigs, from the solid steel shafts to the boring bits were extremely heavy and required constant handling while operating the rig. This was back breaking work by today’s standards. 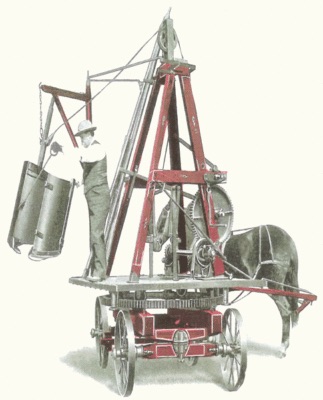 After the unit is in place and leveled, the operator hitches his horse to the platform lever.

As the hole is bored deeper, the operator attaches more shafting to the auger as needed. Once the required depth is met, the Tile Setter attachment is used to set the well casing in place.

Restoration of the 1890 Powers Drilling Machine was made possible by a generous donation from the San Tan Chapter of the Arizona State Questers. 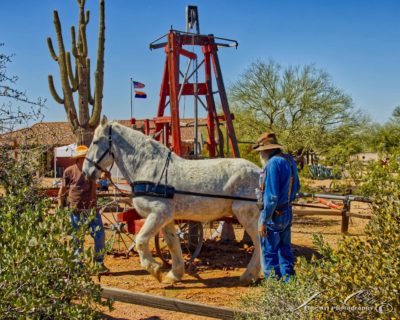 Your ticket for the: Powers Well Drilling Machine