The Superstition Mountain Renegades bring the 1880s alive with skits and gunfights at the Museum. All of the members share a love of the Old Wild West and truly love not only acting out comedy, drama, and gunslinging in their skits, but also meeting all of the museum visitors and offering photo opportunities with the cowboys and cowgirls. The group is often called upon to work as extras in films being shot here in Arizona, so watch for them!

In 2023, the Saturdays that the Renegades perform are: 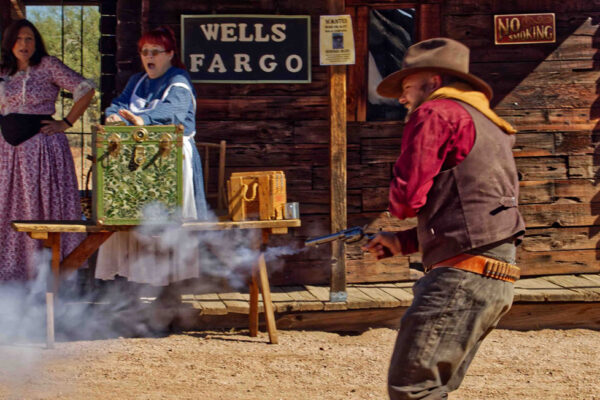 Your ticket for the: Saturdays: Gunfight at Dutchman’s Gulch